Randy “Randín” Johnstone is a flamenco guitarist based in Long Beach, California.  Randy has been playing guitar for years (many years) and was intrigued with flamenco

at an early age. Like most kids in the late 70s and early 80s, Randín learned to play guitar by playing his favorite hard rock tunes and later progressed into heavy metal. Later, he was introduced to jazz and was amazed the speed and technical prowess of a particular guitarist. That man was Al di Meola. After listening to Al’s albums, specifically Passion, Grace, and Fire, Randín heard a classical guitar being played on one of Al’s songs. It sounded like three guitars in one! Who is that guitarist? Well, it wasn’t a classical guitar. It was a Flamenco guitar played by the late Paco de Lucia. And since then, Randín has been on a journey to learn and perform Flamenco music.

Although Randín has been playing guitar as a kid, he recently started his formal Flamenco

journey studying under the direction of Los Angeles-based  Flamenco veterans Jose Tanaka and Guillermo Rios. Since then, he has played little else. Randín has been performing with the Jose Tanaka’s Flamenco Dojo ensemble at various Southern California events and is affiliated with performers from Esencia Flamenco Dance Company (Los Alamitos, CA), Mizuho Sato Flamenco (LA and  San Francisco) 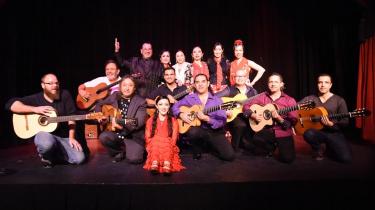 , and Naranjita Flamenco (Anaheim, CA). Randín is by no means an expert of Flamenco or Flamenco guitar, but his passion and commitment to the art makes him a worthy contributor to the Flamenco community. 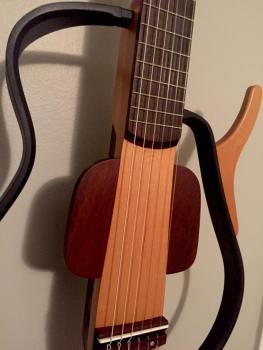 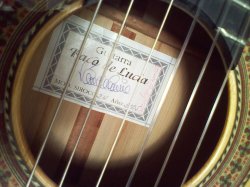